Pictures with motion in front of camera

Let your camera store images when something happens in front of this camera. You get more valuable and funny device and save time when browsing camera images history.

This article guides you through setting camera with infrared motion detector (PIR). Only images with motion will be transmitted. We add periodic image for “current view”.

Nearly all IP cameras can detect motion “in picture”. This detection is reliable when moving objects are rather big, at least 20% if whole image. When we want to detect small objects, the detection method will be sensitive to noise.

When in picture motion detection is unreliable, several cameras allow to connect external PIR sensor. PIR sensors are commonly used in security systems. PIR sensor has to cover the same area as camera do. PIR should not be installed near to heat source and draft.

Suitable PIR detectors, that can be connected to IP camera switch off relay, when they detect motion. PIR relay is connected to camera’s digital input. Camera setting will be demonstrated on Vivotek IP7330 with external PIR sensor.

Before we continue to set camera, we need to switch to advanced configuration mode. 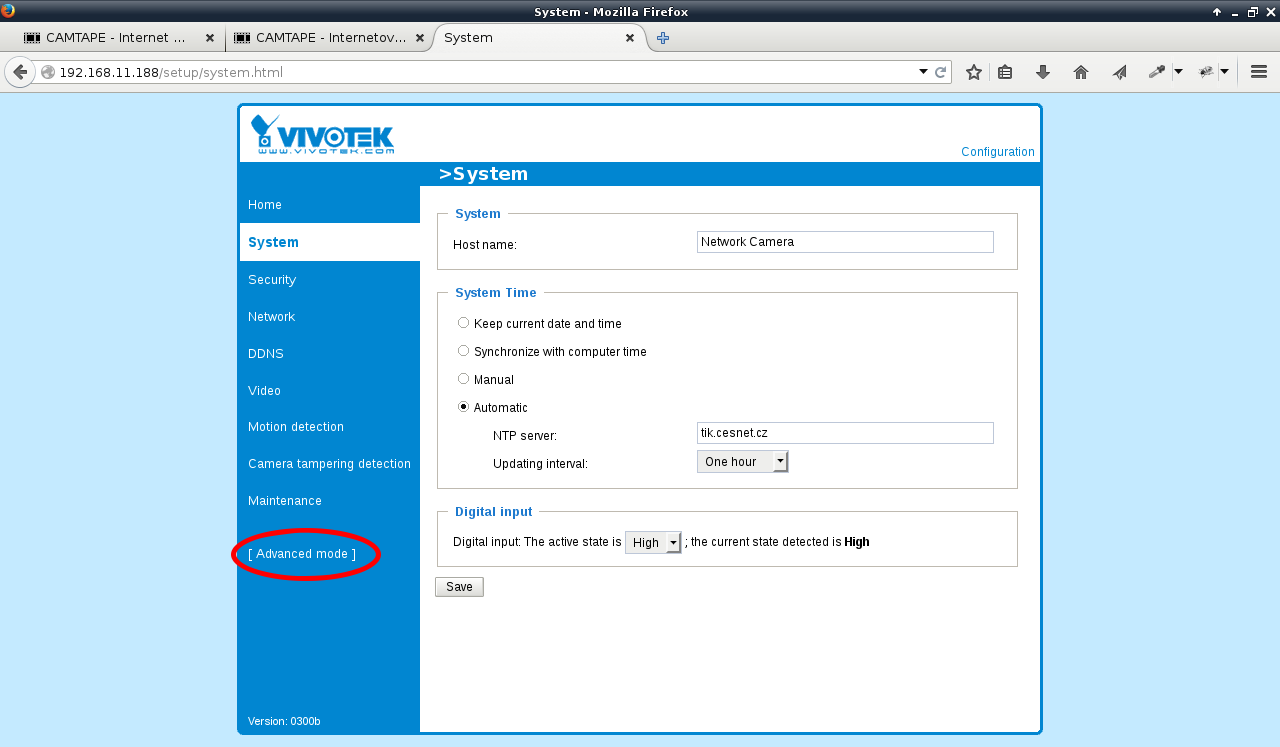 PIR sensors for security systems are switched on by default. They switch off, when they detect motion. So when somebody removes the sensor, causes alarm too. This behavior is set in camera configuration on page "System", section "Digital input". Set active state "High".

Number of pictures sent after detection 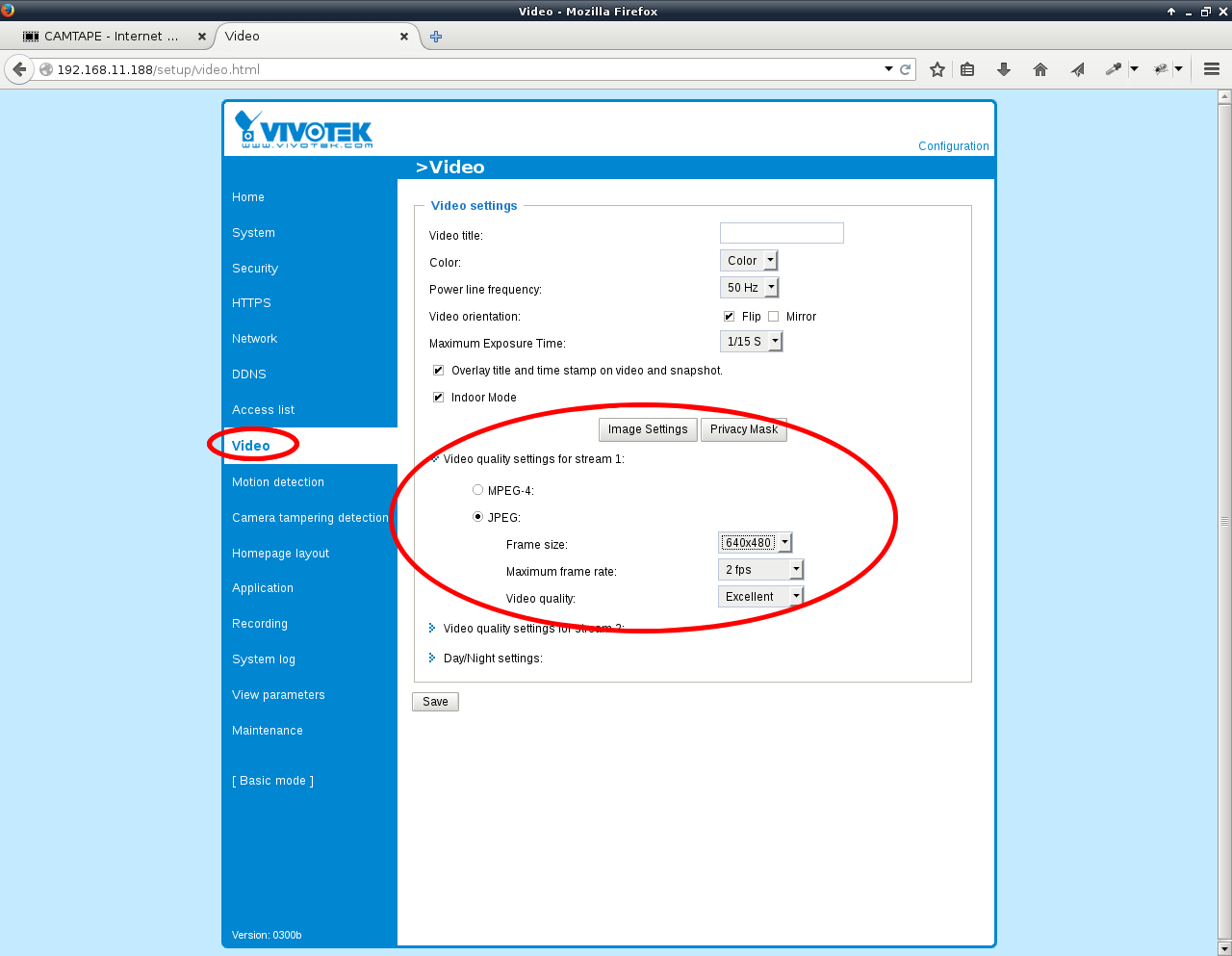 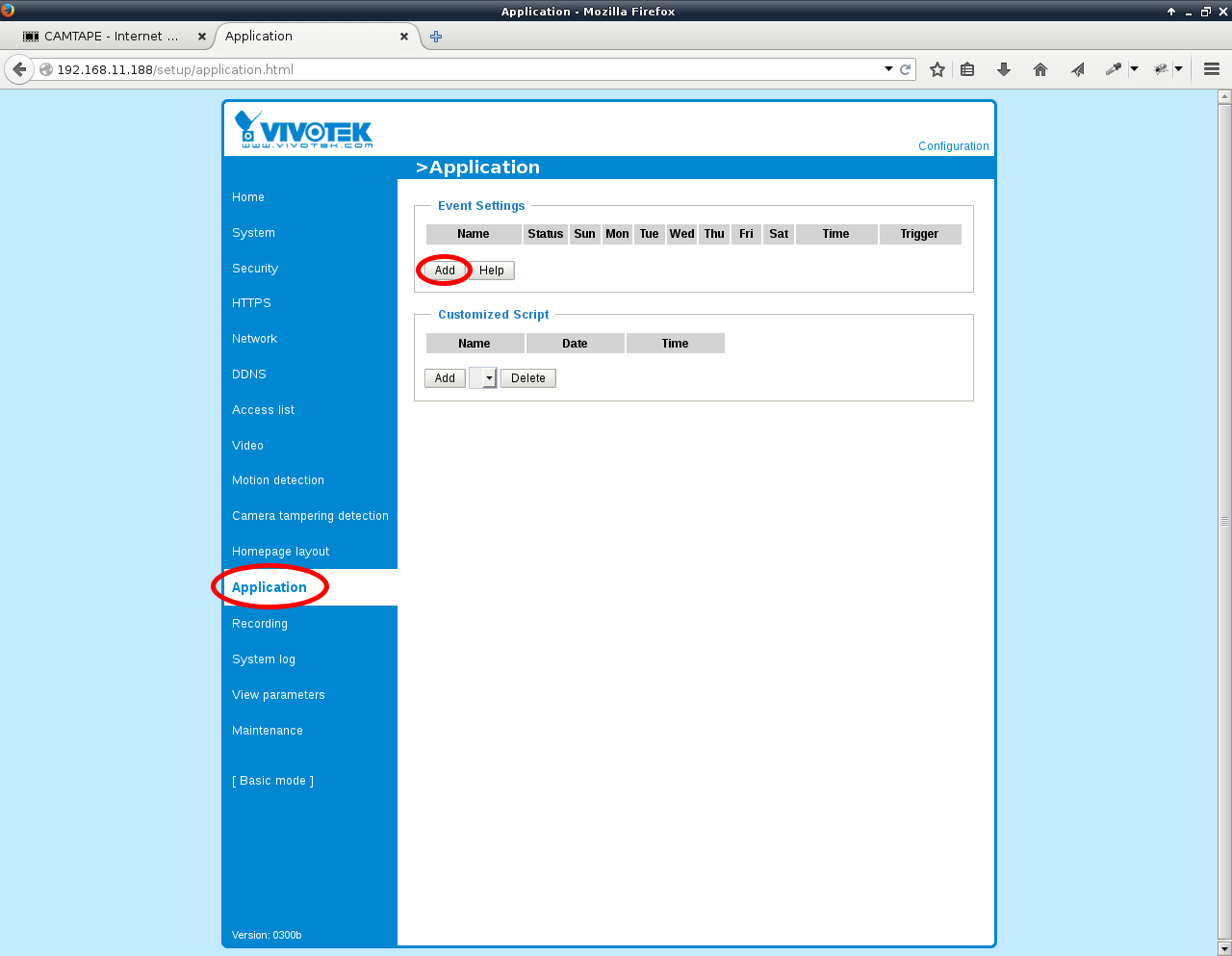 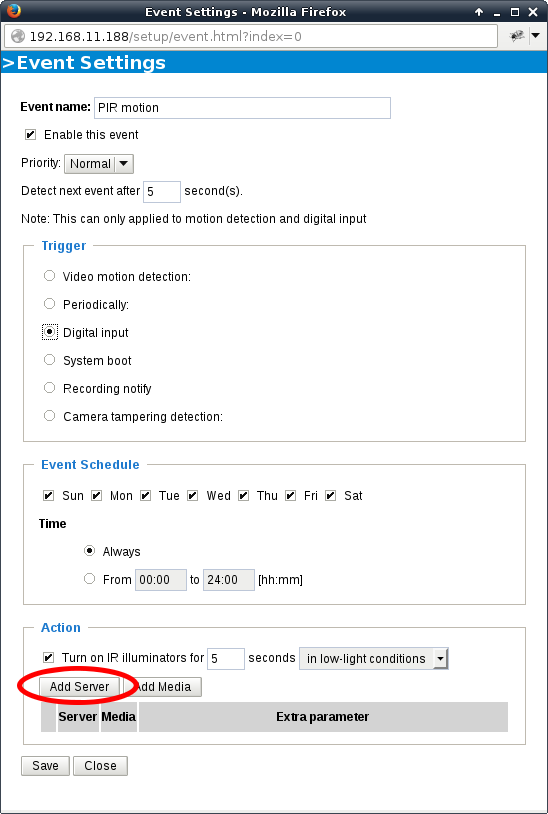 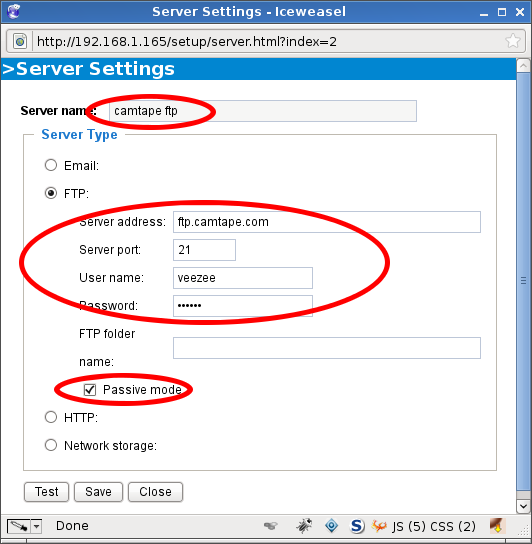 Set number of images transferred to CAMTAPE after motion is detected. Click on "Add media" in "Action" section. 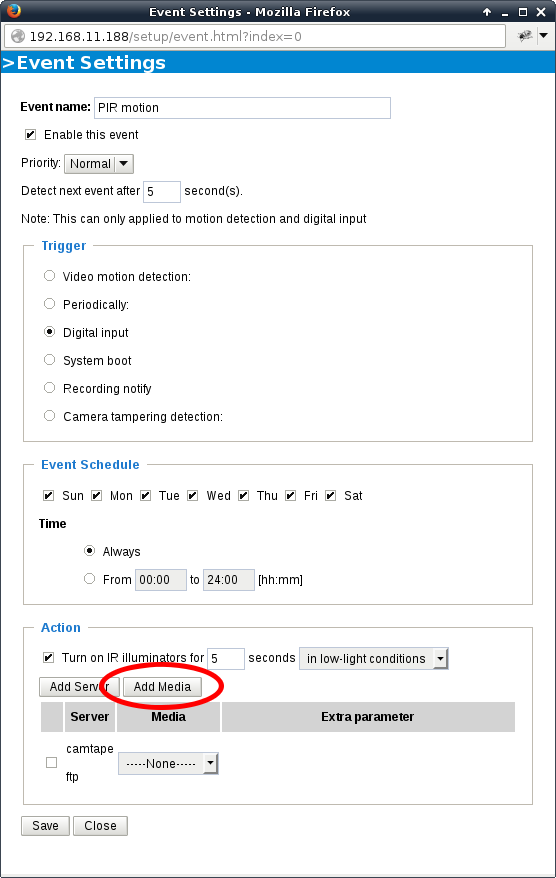 When motion is detected, camera send image from detection time and 4 following images. 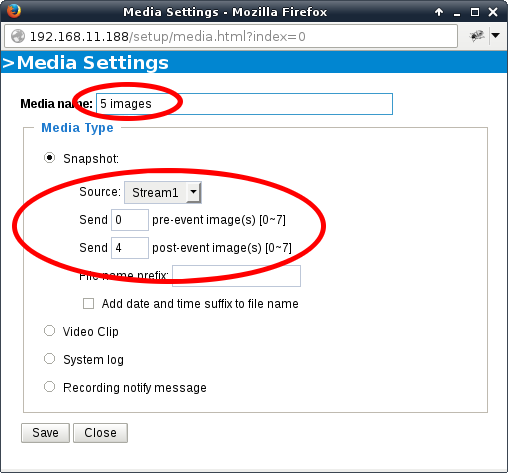 Now, we can finish event that send images, when motion is detected. 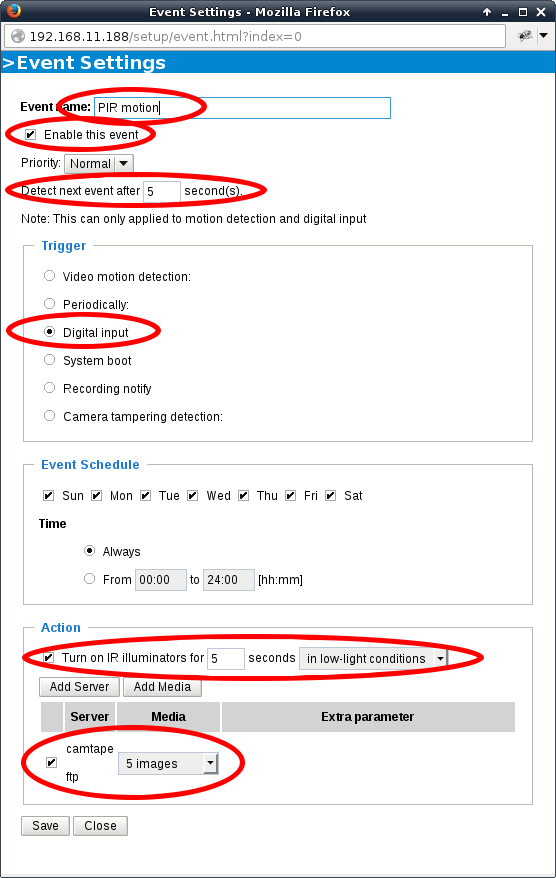 Event sending images, when motion is detected is finished. 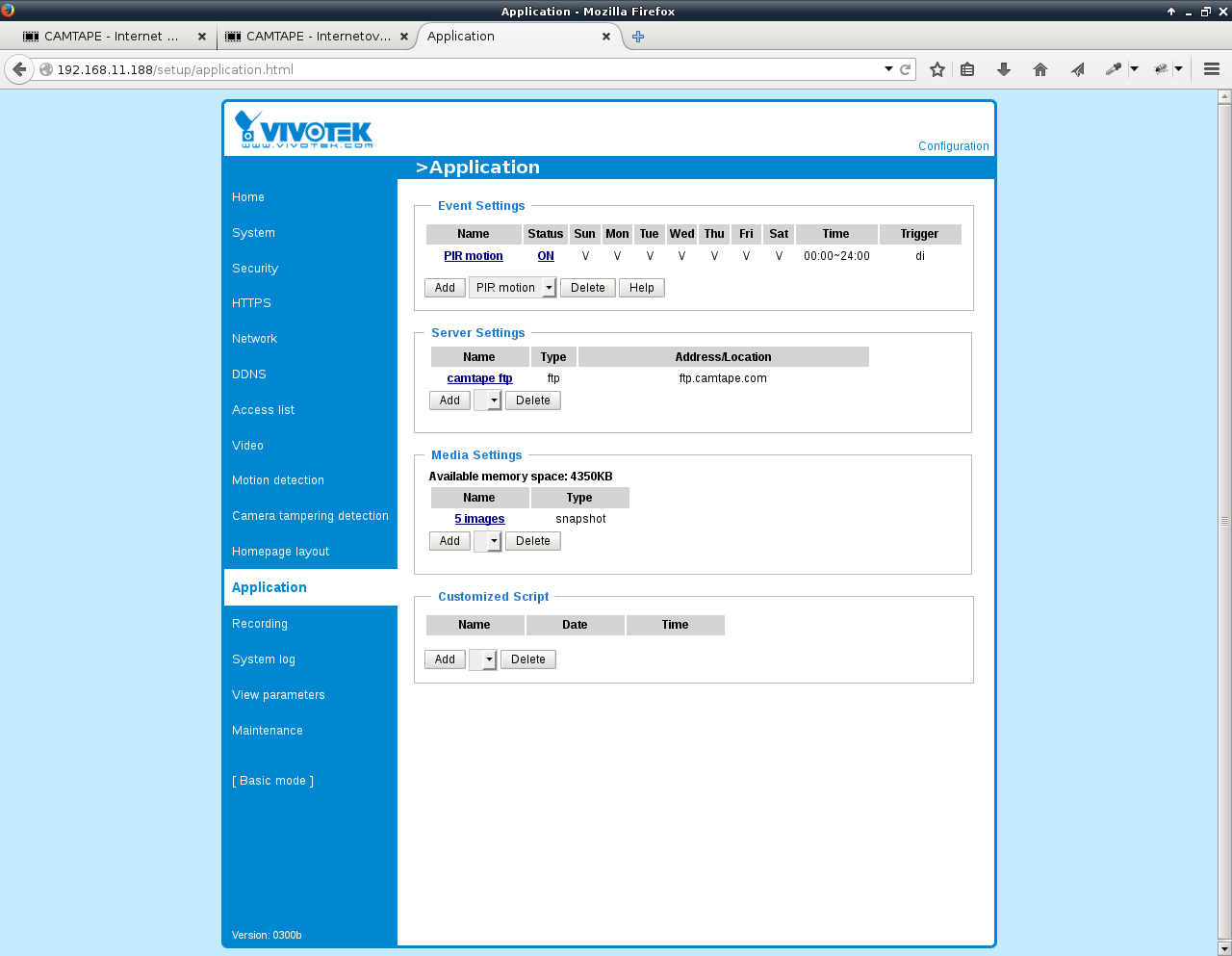 When there is no motion in front of the camera, no images are sent. Recent image is handy to check “situation” and ensure whether camera is working. CAMTAPE can accept image with special name that is not stored into history. This image is rewritten when new “current” image is received. Current image is the newest image in images history. 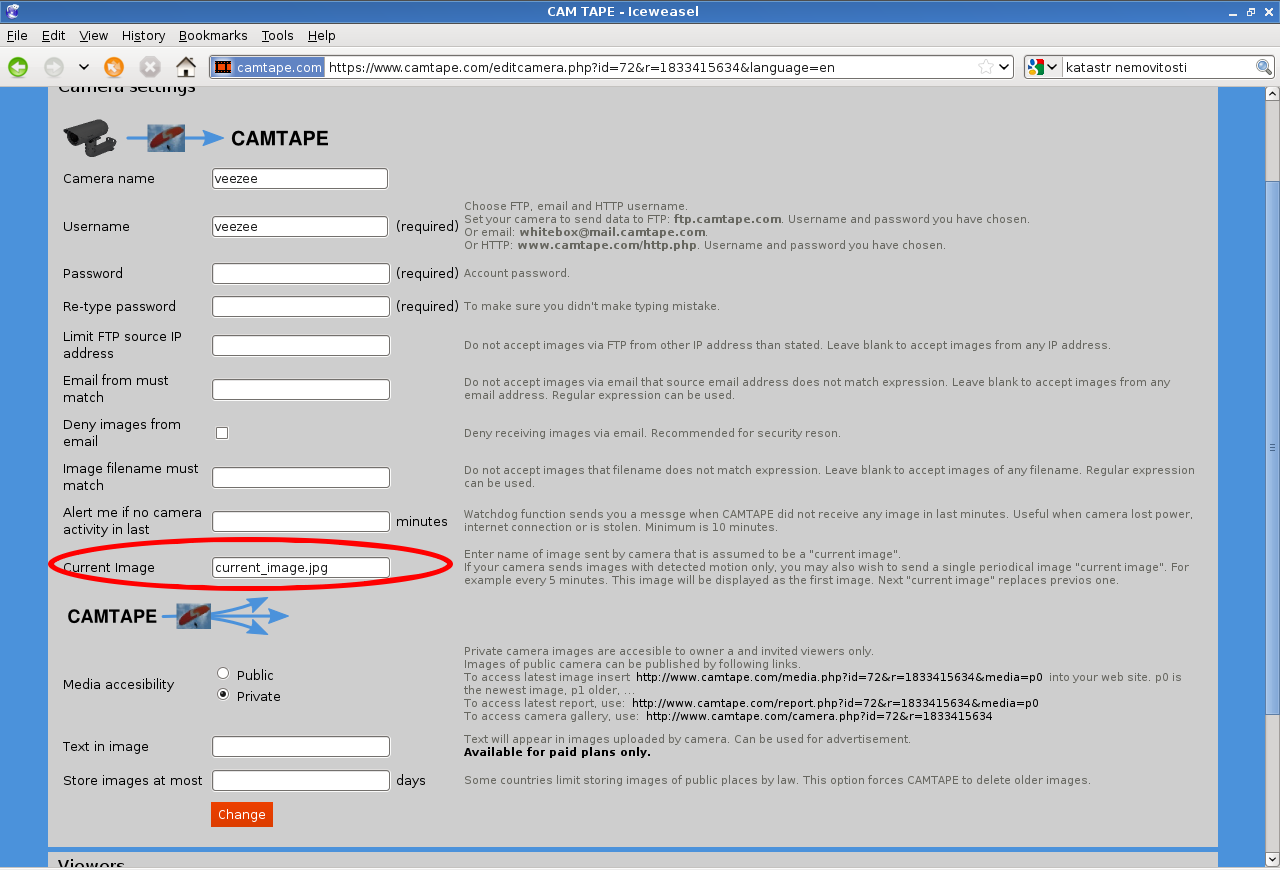 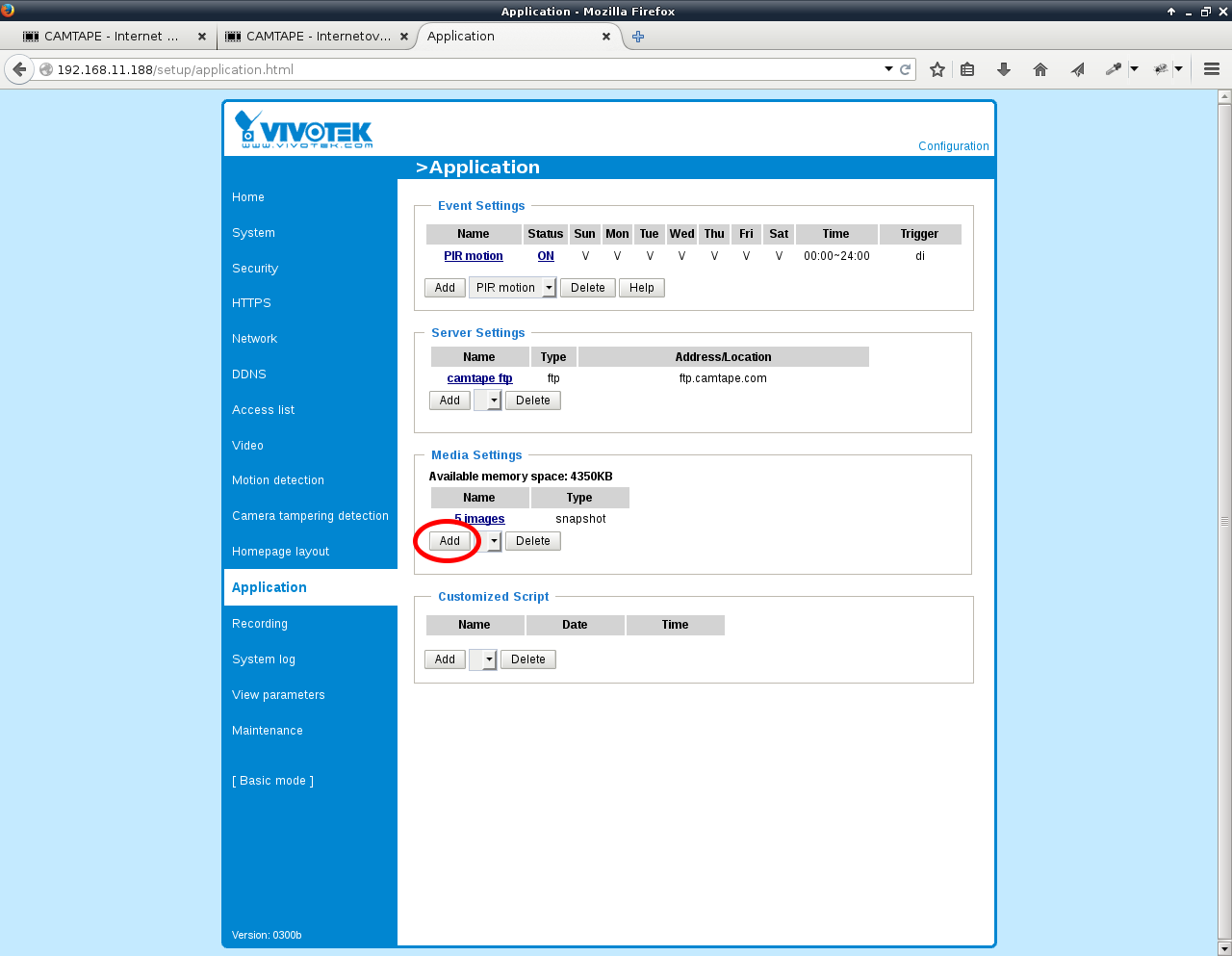 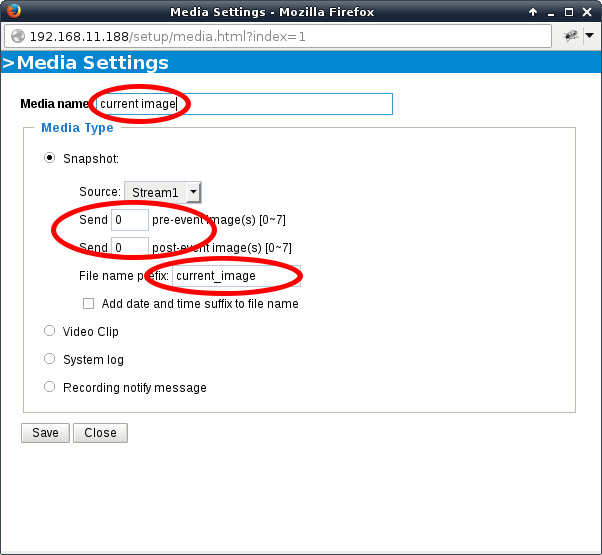 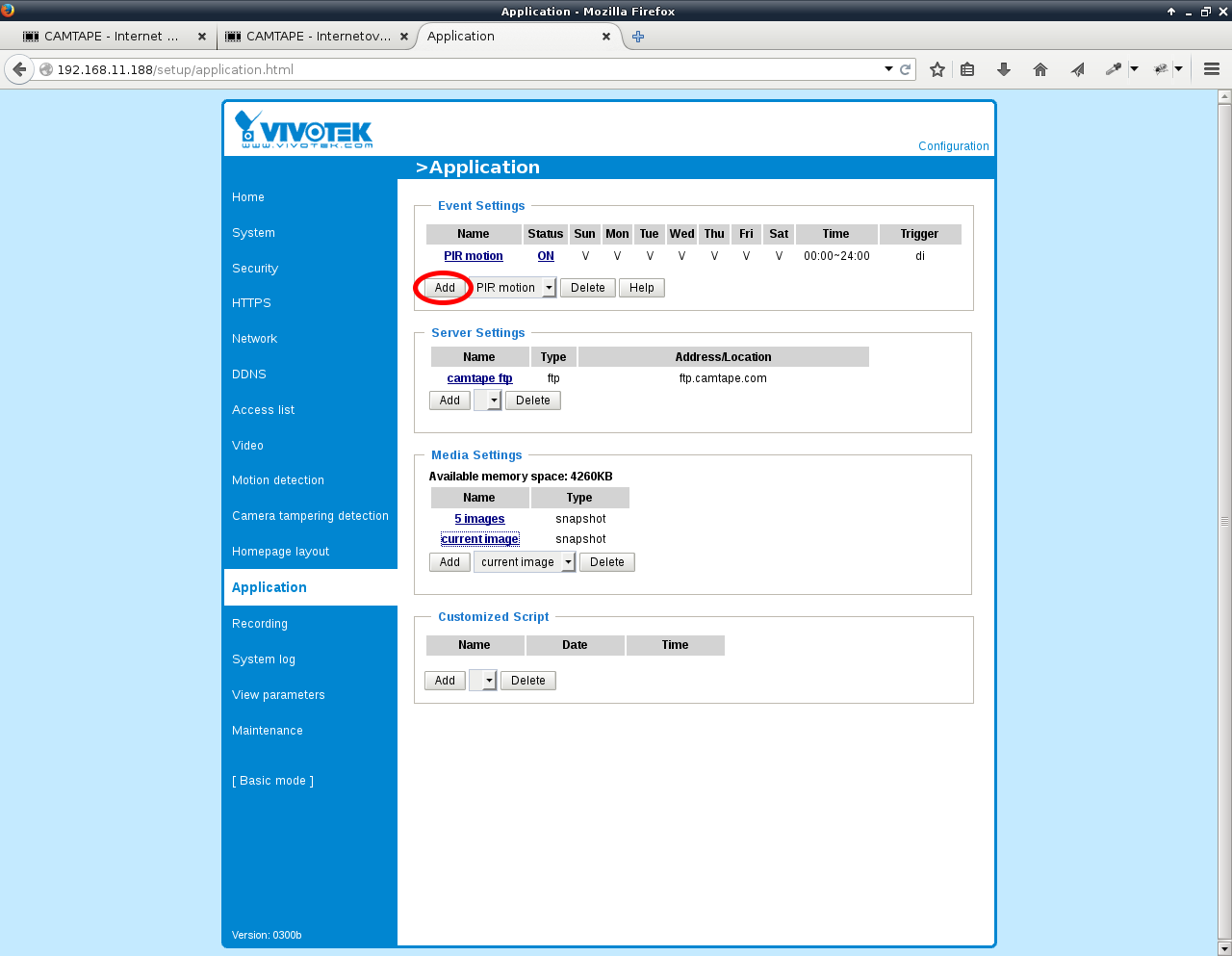 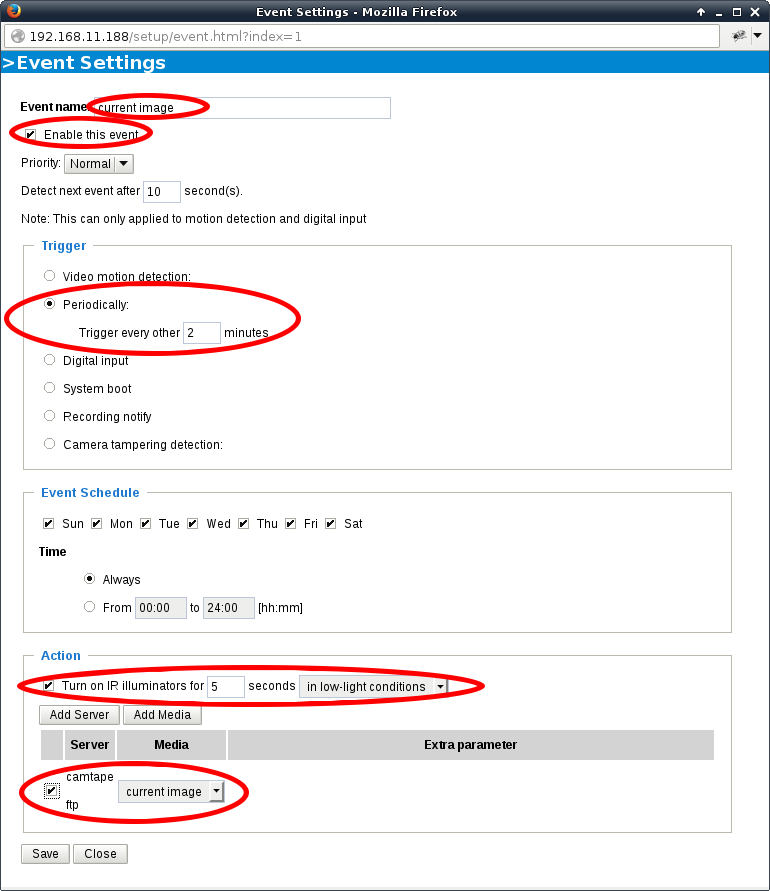 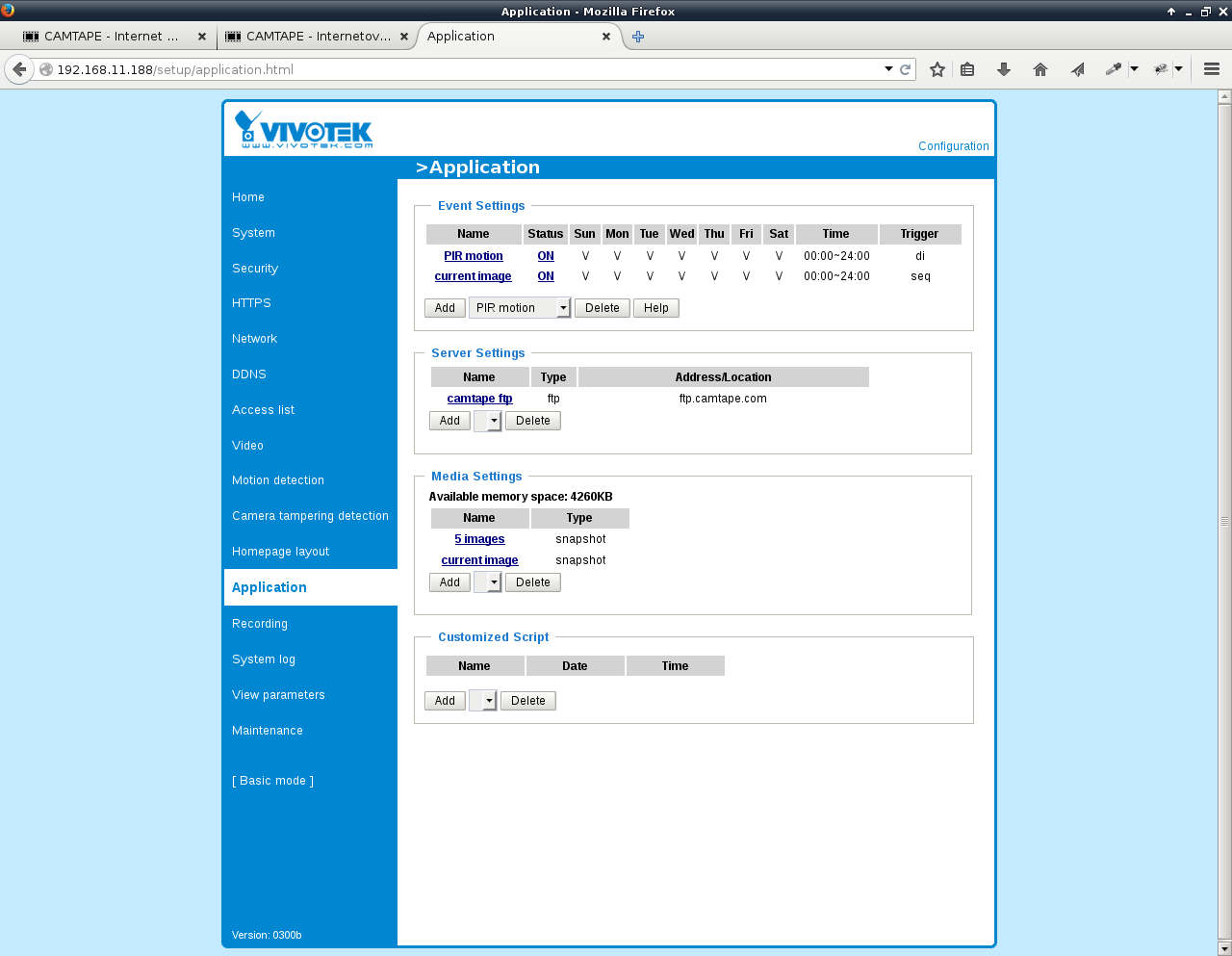